Croatia is shaped like a horseshoe, stretching from Vukovar in the northeast, past Zagreb in the west, and to Dubrovnik in the far south. It gained most of its present-day contours at the end of the 17th century. With a surface area of 56,594 km², it is 19th among the European Union countries according to size. In terms of relief and climate, it is extremely diverse. The territory includes extensive plains in the continental region between the River Drava and River Sava (Slavonia), mountainous areas in the centre (Lika and Gorski Kotar) and, in the west and south, a long, indented, sunny coastline with over a thousand islands (Istria and Dalmatia). Croatia belongs to the Danube Basin and the Adriatic Sea and forms the Mediterranean front of Central Europe, positioned favourably in terms of geography and communications at the meeting point of important European corridors, while its harbours are used as sea exits by the neighbouring countries to the north. Croatia is the third-richest country in Europe in terms of natural water resources, and boasts a particularly well-preserved ecological environment, with hundreds of endemic plant and animal species. Almost 10% of the country is protected within 12 nature parks, 8 national parks and two strict nature reserves

Croatia has been present on the contemporary international political stage since its independence from the Yugoslav Federation, i.e. for a little less than three decades, but is one of the oldest European...

Although the land area of Croatia is not large (56,594 km², 19th in size among the countries of the European Union), it has an extremely varied relief, as it adjoins several large European relief forms. There are three...

As an Adriatic, Central European country, and part of the Danube valley, Croatia enjoys a favourable geo-communication position. Thus, several pan-European transport corridors and their branches pass through...

About 62% of the territory covered by the branching river network belongs to the Black Sea catchment basin. The longest Croatian rivers, the River Sava (562 km) and River Drava (505 km) also belong to this...

Thanks to its position in the moderate climate belt along the 45th parallel, Croatia enjoys a predominantly moderate climate, with four clearly marked seasons. Local climate differences are determined primarily by the...

The Adriatic Sea and islands

The Adriatic Sea is the most indented section of the Mediterranean Sea on the continent of Europe. In its present shape, it was formed by the rising of the sea level by 96 metres following the last ice age in the Pleistocene... 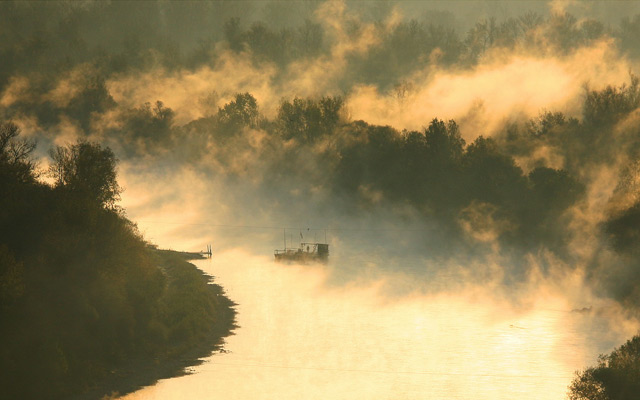 The region of modern Croatia covers a large number of historical and geographical regions of different origins and size. These reflect the political fragmentation of the Croatian lands in the past, and partly also...

A large number of protected natural areas and features show that Croatia is a country of exceptional, diverse, and comparatively well-preserved natural beauty, of which some examples, such as the Plitvice Lakes, are...

With about 4.3 million inhabitants, Croatia is 21st among the members of the European Union. For the past twenty years, the popula­tion has been decreasing. Croatia has this in common with Bulgaria, Latvia, Romania...

The population's spatial distribution and composition

Other than in the Republic of Croatia, Croats also live as native inhabitants in neighbouring and other geographically proximate countries. The largest number (approximately 550,000; 760,000, according...

Among European countries, Croatia has one of the most marked and longest traditions of emigration. The first great waves of emigration began as far back as the 15th century, due to the Ottoman threat from...